The Callum Au Orchestra combines the forces of a full-scale symphony orchestra, big band and extended rhythm section. At home across a wide range of genres, the orchestra can lend its expertise to artists from the world of pop, jazz and classical music in the recording studio and the concert hall.

The orchestra was founded in 2020 to record the critically acclaimed album “Songs and Stories”, which subsequently went on to win ‘Album of the Year’ in the 2021 Parliamentary Jazz Awards. It draws its personnel from the most sought-after classical, jazz, and commercial musicians working in the UK music scene today.

Callum’s longest-standing ensemble is his eponymous big band. Founded in 2009, the band has performed at clubs and festivals around the country, and recorded with many top UK jazz artists including Emma Smith, Anthony Strong and Nigel Hitchcock. The band’s members are hand-picked from the very best of the London jazz and commercial music scene.

The band released its first album, ‘Something’s Coming’ in January 2013. Recorded at Angel Studios in London by Grammy-winning engineer Steve Price, the album features a selection of Callum’s compositions and arrangements, including the West Side Story Suite, a six-movement extended piece for contemporary jazz orchestra based on some of the most famous melodies from Leonard Bernstein’s musical. 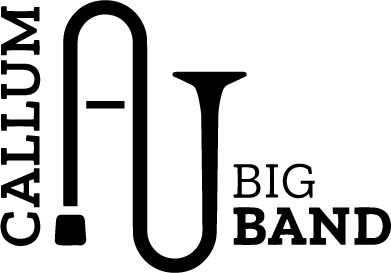 More recently, the band has been focussing on a new project inspired by the music of George Gershwin. This concert features both classic and modern arrangements of some of Gershwin’s best-loved songs. The show’s centrepiece is Callum’s new arrangement of ‘Rhapsody in Blue’ which was premiered at Ronnie Scott’s with virtuoso pianist James Pearson in 2015.

In 2019, Callum began a new collaboration with jazz vocalist Iain Mackenzie inspired by the music of Marty Paich and the Dektette. Members of the big band, complete with additional French horn and tuba, accompany Iain in a selection of songs originally recorded by Mel Tormé in 1960 on the seminal album “Swings Shubert Alley”. More recently, Callum added some of the charts from “Ella Swings Lightly” to the Dektette’s repertoire, to feature the wonderful jazz singer Emma Smith.

The band also performs some of the most popular jazz instrumental music of the era – from Thelonious Monk, Dizzy Gillespie, Count Basie and Art Pepper; and a couple of originals too.

Callum co-leads the Quintet-à-tête with award-winning jazz trumpeter James Davison. Heavily influenced by the classic 1960s Clark Terry / Bob Brookmeyer Quintet, the group’s mission statement is to play lively, fun and exciting jazz with an emphasis on melody and groove. The group has performed in top jazz clubs around the country to critical acclaim.

We’re looking forward to hearing from you and will do our best to respond promptly. For any messages addressed to Callum directly, please understand that he will not always be able to respond in person.

Thanks for contacting us, .

Somebody will be in touch with you a.s.a.p. if required. But please allow a couple of days for a reply to arrive.